Skip to content
Previous Next
Will Brexit Increase Roaming Prices?

I was asked “Will Brexit increase roaming prices?” 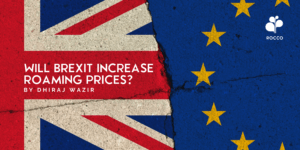 For once I was spoilt for choice, there were innumerable cliches written just to answer this one question …

“Is the Pope Catholic?” “Does a bear shit in the woods?” “Is the sky blue?” Or as Egon Spengler says in Ghostbusters II, “Is the atomic weight of Cobalt 58.9?”

Why am I so confident you ask? … because although I do not believe in a God, I do believe in something stronger, much stronger! … and this hallowed entity is called a Business Case, trust me it trumps everything, it even trumps Trump himself. In evidence I submit to you the fact that in the end even Trump wasn’t left with a “single Pence”, … many dollars and pounds maybe but no Pence.

Let’s start by looking at the UK, we estimate that around 70% (give or take a few percentage points) of each UK network’s roaming traffic would’ve been to Europe in pre-covid times. Once the globe starts to get some semblance of normality and travel starts again, the pent-up demand for travel will initially be satisfied by short haul journeys before more travellers start to get confident about long haul travel.

So it’s safe to say that when Roaming picks up again, for the UK the proportion of traffic into Europe is going to be even higher. Imagine being responsible for a business, and suddenly realising that you can charge for over 70% more of your product that you could previously. Now show me a manager who will look away from this business case?

Of course, it’s not as simplistic as that, the excel whiz drafting this holy business case will also have to account for the risk of churn, if competitors don’t follow with increase in their prices, this could lead to churn making the business case negative. Further, once the business case starts to rise up the hierarchical corporate levels, another layer of “impact of press coverage” will have to be factored in (anything BREXIT related is still pretty emotional in the UK). So, to cut a long story short, the combined logic of the management will come to the conclusion that, to charge is a no brainer, however how to start charging without creating noise and without causing excessive churn is the real challenge. 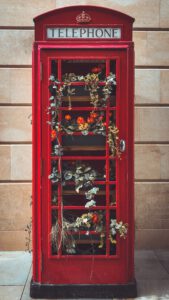 It’s at this point the most brilliant in the room (or should I say zoom) will suggest to start with the segments least sensitive to this extra charge. Obviously, consumers who tend to not travel much and co-incidentally also tend to be low spend customers. This is where it starts, before long we’ll start to see Roaming inclusive and exclusive plans, and various shapes and sizes of bundles.

There is however a further risk, the window to introduce charges maybe smaller than you think. The current Brexit deal is more of a stand in deal to ensure that operationally both blocks (EU-UK) can function but as months pass, there are going to be further negotiations and it is entirely possible that at some point the UK may again agree to be part of the EU Roaming regulation. When? This is perhaps a direct function of when members of Parliament start to see their roaming bills rise!

In essence I don’t believe we’ll see EU roaming charges for corporate customers and top of the range plans soon. As these segments are sensitive to roaming, the initial increases will come from medium and low-end plans.

The story doesn’t end here, wholesale commercial managers will increasingly come under pressure to increase wholesale costs from roaming partners, which the UK networks might be able to bat away by pointing to high volumes of traffic coming from the UK. But if retail prices in UK start to rise, this will obviously start to drive volumes down, and when the European networks start to see volumes going down, this will lead to further pressure to increase wholesale prices which in turn increases the pressure of increasing retail charges. Almost like a perpetual machine which starts running on its own steam.

However, it’s fair to say that things are never so black and white, and there are “first among equals”. All UK networks do not face the same risks. Just a few years back UK was the most competitive market with the biggest groups fighting each other for market share, Deutsche Telekom, Vodafone, Telefonica, Orange and Hutchison were pitted against each other. As each network was part of a bigger group, all of them were protected to a large degree as they could use the group dynamic effectively. 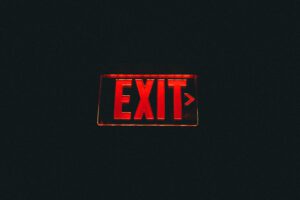 Since then there’s been a major shift in the UK landscape, the biggest UK network (EE), created by and married to not one but two of the biggest telecom groups (Orange and Deutsche Telekom) in the world was seduced away by bachelorhood and is now a single network, not part of any group. Moreover, on the other end of the spectrum (no pun intended), the smallest of the UK players had previously adopted “zero roaming” prices as part of its strategy to win domestic market share.

Each UK network suddenly has quite different dynamics, without expanding on details it suffices to say that the UK playing field is not a level one anymore. All UK operators have been handed an incredible mix of risks and opportunities, some of them more risks and others more opportunities. It’s fair to say the best integrated strategy has a lot to gain.  This is going to get interesting, perhaps ordering popcorn might be a good bet, unless of course the referee blows the whistle and UK finds itself in regulation land again.

As far as the rest of Europe is concerned, there really isn’t much of a retail story here, some operators will choose to charge and some may not, depending on the country and customer profiles, adding or removing one country, even one as important as the UK is not going to make a huge difference to their fortunes.

For the Europeans, as with football during Covid all the excitement will be played out behind closed doors during wholesale negotiations … unfortunately these ones, unlike the football are not broadcast on TV … but boy, would I jump to pay top dollar to watch this channel!

We are here to serve you. For further insights to help build your strategy write to us at hq@rocco.group